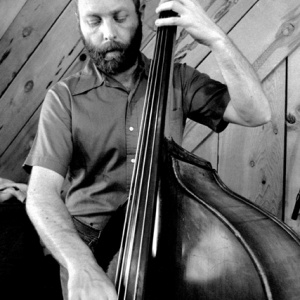 Dave Holland (born 1 October 1946) is of a generation of bassists who, in the ’60s and ’70s, built upon the innovations of slightly older players like Scott LaFaro, Gary Peacock, and Barre Phillips, carrying the instrument to yet another new level of creativity. Along with contemporaries like Eddie Gómez, Miroslav Vitous, and Barry Guy, Holland helped refine and extend the melodic possibilities of the cumbersome double bass. In Holland’s case, those refinements never lost touch with the core verities of straight-ahead jazz; Holland’s sense of swing is unexcelled. Additionally, Holland is possibly the most accomplished pure jazz composer among bassists, after Charles Mingus. Holland’s small groups in the ’80s and ’90s, while working firmly within the jazz idiom, presented a fresh alternative to the fusty re-creations of the neo-boppers.

Holland started playing ukulele at the age of four, switching to guitar at ten and bass guitar at 13. He took some piano lessons as a child, but was at first mostly self-taught, learning from pop music songbooks and by listening to the radio. He played in dance bands with friends. As a teenager he decided to try to make a living as a musician. Under the influence of such jazz bassists as Leroy Vinnegar and Ray Brown, Holland took up the double bass, learning primarily by playing along with records. He began playing professionally shortly thereafter. One of his first gigs was in a big band that toured behind the singer Johnny Ray. Holland studied with James E. Merritt, the principal bassist with the London Philharmonic, who recommended him to the degree program at the Guildhall School of Music and Drama.

At Guildhall, Holland gained experience in a variety of styles, from orchestral music to New Orleans jazz to bebop and beyond. In 1966, he began playing with many of the musicians with whom he would collaborate over the next two decades — musicians like trumpeter Kenny Wheeler, saxophonist John Surman, and pianist John Taylor who were well in tune with jazz innovations of the time. Holland acknowledges being influenced by Mingus, LaFaro, Jimmy Garrison, and Gary Peacock at this point in his career. Holland also became interested in many 20th century classical composers, especially Béla Bartók. Holland played London clubs with England’s top jazz musicians, as well as visiting dignitaries like Coleman Hawkins, Ben Webster, and Joe Henderson. In July of 1968, Miles Davis heard him at Ronnie Scott’s and asked him to join his band.

Holland promptly relocated to New York and participated in the making of several classic Davis recordings, including In a Silent Way and Bitches Brew. In 1970, he co-founded (with Anthony Braxton, Chick Corea, and Barry Altschul) the group Circle, which embraced free jazz concepts. In the early ’70s, he played with Stan Getz, Thelonious Monk, and Sam Rivers. In 1975, he formed the Gateway Trio — with Jack DeJohnette (drums) and John Abercrombie (guitar) — a group that would continue to record and tour intermittently for the next 25 years. In the early ’80s, Holland worked extensively with Sam Rivers and organized his own band, a quintet with Wheeler, Julian Priester (trombone), Steve Coleman (alto sax), and Steve Ellington (drums). Thereafter, Holland-led small groups would continue to tour and record through the end of the century. Later members would include Marvin “Smitty” Smith (drums) and Robin Eubanks (trombone). Although the personnel would vary, the band would ultimately draw their identity from Holland’s compositions.

In the ’80s and ’90s, Holland worked as an educator, heading the summer jazz workshop at the Banff School in Banff, Alberta, Canada, from 1983 until 1990. From 1987 until 1990 he was a faculty member at the New England Conservatory of Music. Aside from leading his own group, Holland’s musical activities in the ’90s included projects with DeJohnette, Gateway, and Herbie Hancock. He also recorded with Joe Lovano, Gary Burton, and Jim Hall. Holland’s late-’90s quartet included Robin Eubanks, Steve Nelson (vibes), Chris Potter (saxophone), and Billy Kilson (drums). The dawn of the 21st century brought more releases, including Not for Nothin’ in 2001, What Goes Around in 2002, and Extended Play: Live at Birdland in 2003, all on ECM. Overtime came out in 2005, followed by Critical Mass in 2006, both on Sunnyside. The soul-jazz inflected Pass it On appeared next in 2008. In 2010, Holland released the octet album Pathways.

In 2009, Holland was a co-founder of an all-star group called the Overtone Quartet. The group consisted of Holland on bass, Chris Potter on tenor saxophone, Jason Moran on piano, and Eric Harland on drums. The group toured extensively throughout the United States and Europe.

The National Endowment for the Arts named Holland as one of its five Jazz Masters Fellows in 2017; the award recognizes artists for their lifetime achievements and exceptional contributions toward the advancement of jazz.[7]

Holland has received honorary doctorates from the New England Conservatory, Boston, where he held a full-time teaching position in 1987–88 and where he has been visiting artist in residence since 2005; Berklee College of Music, Boston; and the Birmingham Conservatoire, in England. He was also named Fellow of the Guildhall School of Music and Drama (London). From 1982 to 1989, Holland served as the artistic director of the Banff Summer Jazz Workshop through the Banff School of Fine Arts in Alberta, Canada. In addition, he has taught workshops and master classes around the world at universities and music schools and is President of the UK-based National Youth Jazz Collective.

When You're Smiling - Dave Holland Solo

Pass It On - Dave Holland Solo

Everybody's Song But My Own - Dave Holland Solo