If this link to the video is broken, please report it to us so we can replace it as soon as possible.

If you like this video, please buy the original music and support jazz music and jazz artists! 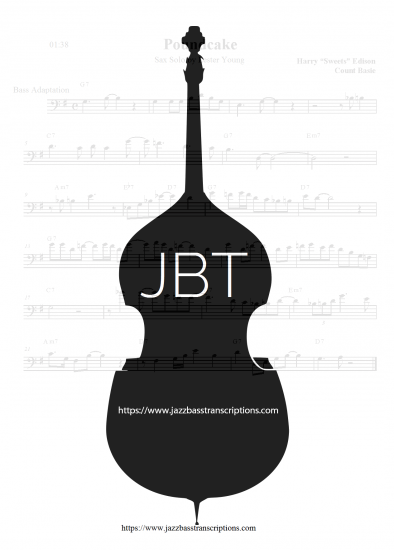 click on the image above to view the demo
Do you want to view a more detailed demo page? Contact us!

€1.29€0.99
Before purchasing a transcription that is not a Full Bass Score (eg, an extracted solo, a bass line for some choruses, the melody of the piece), please read the opening minute and second at the top left of the preview image.